With the large diversity of its landscapes and ecosystem, the Mediterranean area is a world biodiversity hotspot.

While the Mediterranean is less than 1% of the world ocean surface, it is one of the main reservoirs of the maritime and coastal biodiversity: 25 to 30% of endemic species, 10% of the known marine species in the world. The Mediterranean flora diversity is also exceptional: among the 25,000 Mediterranean species, more than half is endemic. Finally, Mediterranean ecosystems welcome each year millions of migratory birds coming from Europe and Africa. 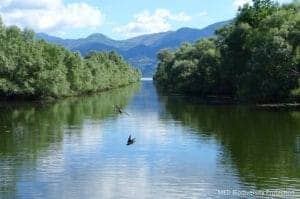 Unfortunately, the pressures are numerous: over the 4,000 animal species evaluated since 2004, 20% are threatened of extinction. This phenomenon is linked to the different pollution and to the climate changes, which have a considerable effect on the Mediterranean; as well as to its resources overexploitation by men.

It is in this context that Plan Bleu develops several initiatives in collaboration with its partners, to achieve the following:

Developing, promoting and improving the management and the governance around the protected areas:
– Biodiversity Protection – Mainstreaming biodiversity management efforts for environmental sustainability (PANACeA 2);
– Support to public-private partnerships implementation for the protected areas management;
Identifying the provided services by Mediterranean ecosystems to improve
the management and to promote their conservation:
– Project on forest ecosystems;
– Med-ESCWET project on wetland;
Following Mediterranean biodiversity indicators:
– Environmental observatory.

Supporting the sustainable management of protected areas for biodiversity protection 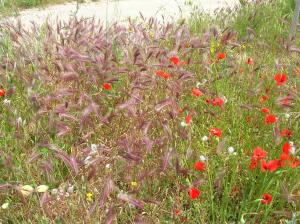 In order to protect the Mediterranean biodiversity, initiatives have been set to increase the surface or the number of protected areas and to improve their management and governance.

The Program Interreg Med 2014-2020 has created a Community of projects dealing with the Mediterranean biodiversity protection, driven by the project PANACeA from 2016 to 2019 and by Med Biodiversity Protection Community (MBPC) from 2019 to 2022, of which Plan Bleu is a partner. MBPC project aims at, based on previous PANACeA project’s results, developing a long-term capitalization tool ensuring evidence-based policy enforcement for an enhanced protection of the Mediterranean biodiversity, particularly by capitalizing on the 4 Community thematic projects results. Those lasts are focused on various issues, going from protected areas integrated management, on governance model for Posidonia meadow banks management and ecosystem approach. Through this project, Plan Bleu and its partners look for improving the protected areas governance while according a big importance to the achieved results replicability and tools transferability to the Mediterranean East and South countries.

Another alternative to answer to the need of a more efficient management of the protected areas is resorting to private sector technical and financial capacities. With this in mind, Plan Bleu conducts in partnership with the French Agency for Development (AFD) an exploratory project on the public-private partnership (PPP) implementation for the protected areas management in the Mediterranean East and South countries. The aim of this initiative is to promote a PPP’s model adapted to the Mediterranean protected areas on the basis of experimentation in one or more pilot sites.

Focusing on ecosystems and their provided services

Valuing the provided services by the Mediterranean ecosystem can also contribute to biodiversity protection. Plan Bleu participates to studies whose aim is to encourage a better knowledge and reconnaissance of these services economic and social value, and a better stakeholders’ coordination, in order to improve ecosystem management and conservation.

Through a project on forest ecosystems, implemented in collaboration with the FAO, Plan Bleu encouraged stakeholders to take into consideration the value of goods and services provided by Mediterranean wooded areas from which other economic sectors benefit (tourism, farming, water, etc.). The study also developed participative methods for an improved governance adapted to various settings. This project aimed at providing tools for decision-making process and at reinforcing the support actions to sustainable management of those ecosystems.

Through Med-ESCWET project, Plan Bleu promoted the role of Mediterranean wetlands as adaptive tools to climate change. This project relied on wetlands functions in regulation and mitigation of climate change. The project developed ecosystem based approach, and evaluates the efficiency of the natural infrastructures compared to artificial ones, which until now were preferred.