Implementation of the ecosystem approach in the Mediterranean(2015) 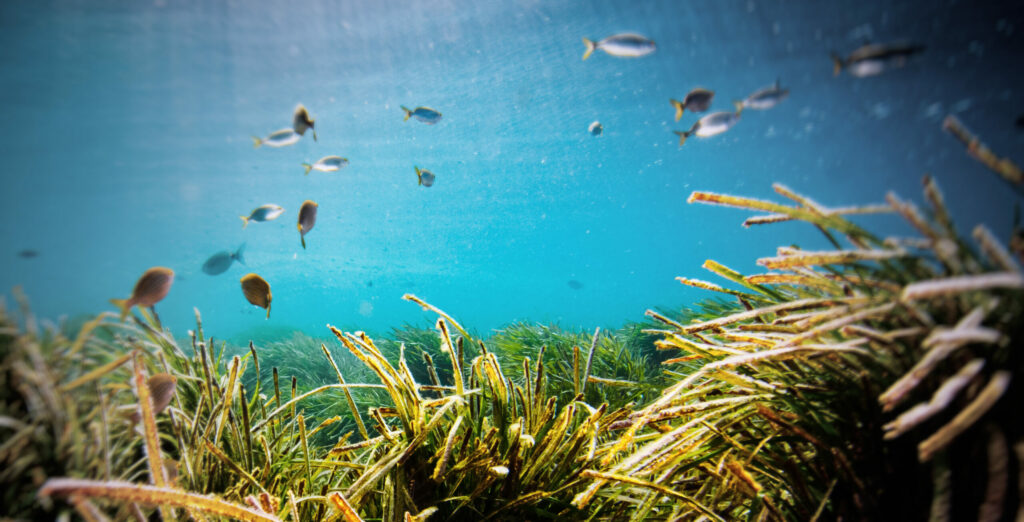 In 2008, MAP launched,EcAp initiative in order to eventually achieve the Good Environmental Status (GES) of Mediterranean marine and coastal ecosystems, through ecosystem-based management. The initial assessment of ecosystems and human activities that impact them is a prerequisite for developing programs of measures to regional and national levels that will achieve the GES. This approach is consistent with that of the European Marine Strategy Framework Directive.

MAP entrusted Plan Bleu with the economic and social analysis of the initial assessment. Given its innovative character at regional level, Plan Bleu is developing a two-step process:

The economic and social analysis at different scales

A Correspondence Group for the economic and social analysis

To help the Blue Plan in this complex process as well as to promote connection with the whole EcAp process and ensure a close link with the Mediterranean countries, it was established a Correspondence Group composed of national experts appointed by the Contracting Parties, international experts and representatives of MAP components.

This group met for the first timefirst time on April 11 and 12, 2013 to establish the working framework and then a second time on June 4 and 5, 2014, to validate the preliminary results. Part of the meeting focused on the restitution of the results of national pilot cases of the ReGoKo project, developed within the framework of the activity “ Socio-economic assessment of maritime activities” .

ECAP II (2015 – 2019): Implementation of the ecosystem approach in the Mediterranean, consistent with the EU MSFD

The project was funded by the European Commission and had a total budget of EUR 2,675,000. It built on the achievements of the EcAp-MED I project (2012-2015) funded by the EU and benefited from co-financing from the Mediterranean Trust Fund.

The project was coordinated by the UNEP/MAP Coordinating Unit and implemented with the support of several UNEP/MAP components: MED POL, RAC/SPA, RAC/PAP, RAC/INFO and Plan Bleu. The implementation of the pollution component has also benefited from the contributions of REMPEC.

The project enabled the Southern Mediterranean Contracting Parties to the Barcelona Convention (Algeria, Egypt, Israel, Lebanon, Libya, Morocco and Tunisia) to establish new and updated monitoring programs in line with the Integrated Monitoring and Assessment Program . This has helped to enable (for the first time) the quantitative and integrated monitoring of the state of the Mediterranean sea and coasts on a regional basis, covering the three groups of IMAP, namely biodiversity and non-indigenous species. , Coasts and Hydrography, and Marine Litter Pollution and Monitoring.

In addition, the project addressed some specific challenges of implementing the ecosystem approach, including studying the knowledge (science) needs and gaps in the implementation of environmental policies for the sea and coasts by strengthening the “science-policy” interface. This activity, piloted by Plan Bleu, made it possible to provide responses to the needs for the implementation of IMAP at the regional level as well as to the challenges in terms of data and information sharing, in particular by setting up a shared data and information management system (the IMAP Pilot Information System) administered by INFO/RAC.

ECAP III (2020 – 2023): Support the Southern Mediterranean Contracting Parties to implement the Integrated Monitoring and Assessment Program (IMAP) and contribute to the realization of the 2023 report on the state of the quality of the Mediterranean.

The project titled “Support for the effective implementation of the integrated monitoring and assessment based on the ecosystem approach of the Mediterranean sea and coasts and the provision of a 2023 quality status report based on data in synergy with the EU MSFD” (EcAp MED III) is funded by the European Union (EU).

Its general objective is to further support the Contracting Parties of the southern Mediterranean to implement the Integrated Monitoring and Assessment Program (IMAP), decision IG 22/7 adopted in 2016, within the framework of the implementation of the roadmap of the ecosystem approach and to contribute to the production of the 2023 report on the state of the quality of the Mediterranean (MED QSR).

The national component of the EcAp MED III project is implemented in seven beneficiary countries: Algeria, Egypt, Israel, Lebanon, Libya, Morocco, Tunisia. The project activities are coordinated by the UNEP/MAP Coordination Unit and co-executed by the MAP Components (INFO/RAC, MED POL, PAP/RAC, SPA/RAC and Plan Bleu), in accordance with their mandates and respective areas of expertise. The realization of the project activities is done in synergy with the implementation of the EU Marine Strategy Framework Directive (MSFD).

The EcAp MED III project also contributes to the strengthening of the science-policy interface (SPI) at national and regional levels to support the implementation of IMAP and the delivery of the MED QSR 2023.

Plan Bleu is in charge of this activity. Based on the work carried out between 2012 and 2018 concerning the strengthening of the ISP and the development of indicator sheets for the monitoring of IMAP, it will be a question of working in particular in Morocco for the monitoring of the common indicator N ° 15 entitled “Location and extent of habitats directly impacted by hydrographic alterations” and in connection with common indicator No. 1 “Habitat distribution area”.

The objective of the national PSI strengthening activity is to identify: i) existing PSI frameworks and processes, as well as scientific centres/laboratories and institutions and partners (both scientific and political); ii) to propose solutions to strengthen, structure and sustain a PSI in Morocco for the monitoring of indicator n°15.

Expected results of the project

– Effective national implementation of IMAP “on the ground” by the beneficiary countries, guaranteeing the provision of quality data that will allow the development of the MED QSR 2023 at the regional scale; and

– Regional progress and consensus on monitoring, evaluation and reporting processes at national, sub-regional and regional levels.

The EcAp MED III project is directly linked and contributes to Sustainable Development Goal 14: “Conserve and sustainably use the oceans, seas and marine resources for sustainable development” and several SDG indicators. It also contributes to the achievement of Aichi Biodiversity Target 11 and the implementation of the MSFD and the 2014 Union for the Mediterranean (UfM) Ministerial Declaration on Environment and Climate Change.

No items found
All the events

No items found
All the news