Home » PANACeA, a regional initiative of streamlining management efforts in Protected Areas for an enhanced Protection in the Mediterranean Sea 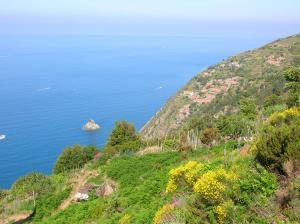 Plan Bleu is partner of PANACeA, a regional initiative of streamlining management efforts in Protected Areas for an enhanced Protection in the Mediterranean Sea.

This project, coordinated by the European Topic Centre for Spatial Information and Analysis at the University of Malaga, is one of six Horizontal Projects approved from the first call of the Interreg Med programming period 2014-2020.

The objective of PANACeA is to streamline networking and management efforts in Mediterranean Protected Areas (PAs) as a mechanism to enhance natural conservation and protection in the region. A Community on Biodiversity Protection was built in order to reach this objective, and is composed of the 11 following projects of the Interreg MED Programme: ACT4LITTER, AMAre, CONFISH, ECOSUSTAIN, FishMPABlue2, MEDSEALITTER, MPA-ADAPT, PHAROS4MPAs, PlasticBustersMPAs, POSBEMED, WETNET.

The project aims at assisting relevant Mediterranean stakeholders, ensuring synergies among this community, and increasing the visibility and impacts of projects’ results towards common identified strategical targets.

PANACeA acts as a Science-Policy-Interface (SPI) to foster the exchange of experiences and knowledge sharing and thus, influences a behavioural and policy change in the Mediterranean region.

TheFinal Conference of PANACeA will be held in Malaga, Spain, from 14th to 16th of October 2019. It will be the opportunity for the official signatory ceremony of the MED Biodiversity Protection community’s Declaration, the “Ecosystem based approach for biodiversity protection and management” launched at the EU parliament in December 2018 in Brussels.

The MED Biodiversity Protection Community organized a capitalisation event on the 6-7 May 2019 in Rome (Italy). The 11 projects of the community gathered to work on the strategic topics concerning mediterranean biodiversity protection and protected areas.

In the framework of the Fish Forum 2018 (Forum on Fisheries Science in the Mediterranean and Black Sea), the Biodiversity Protection Community organized a side-event, on 10th December 2018, called “Promoting co-management as innovative tool for the sustainable use of coastal and marine natural resources “.

The Biodiversity Protection Community organized in collaboration with Région Sud a knowledge sharing workshop on “ Transferring ecosystem-based management tools: increasing regional capacities” that was held in Marseille, on 23 October 2018 from 14.30 to 17.30.

In the framework of the 22nd edition of Ecomondo that was held in Rimini, Italy, on 6-9 November 2018, the Biodiversity Protection Community organized, with 5 other Interreg MED thematic communities (Green Growth, Blue Growth, Renewable Energy, Urban transports and Sustainable Tourism), a session on “Empowering territories for a sustainable Mediterranean“. More information …

A side-event was organized by the Biodiversity Protection Community in the framework of the 14th meeting of the Conference of the Parties to the Convention on Biological Diversity (CBD COP 14), that was held in Sharm el Sheikh, Egypt, from 17-29 November 2018. More information …

The seminar,that was held in Podgorica, Montenegro, on 16-17 May 2018, aimed to highlight and transfer practical methodologies and tools developed by current EU and Mediterranean research, management and policy projects to stimulate a Euro-Mediterranean technical and political debate on latest strategies and tools for ecosystem-based management and biodiversity conservation.

On April 18-19th, 2018, a meeting took place in Rome, gathering the eight community’s of the INTERREG MED Programme 2014-2020. Built on the concept of Fablab: “Fabrication Laboratory”, the MADE in MED event presented the first results of the 90 projects of the Programme through a conference and an exhibition.

These two days were an opportunity to convey the idea and values of co-working, knowledge sharing and innovation but also to look towards the future of cooperation in the Mediterranean.

PANACeA’s second event was organised in Barcelona, on October 23-25th 2017, under the topic: “Bridging the Science-Practice-Policy Interface in Biodiversity Protection”. The dialogue was articulated around 3 cross-cutting issues that have been specifically identified as relevant to the Community: addressing biodiversity protection challenges in protected areas; sustainably manage resource, especially in the fishery sector; and ensure an integrated ecosystem monitoring. During the capitalisation conference, held on October 23rd and 24th , the members of the community had the opportunity to exchange with several experts (decision-makers, scientists, managers) involved in biodiversity protection. The second part of the event was a community building meeting which purpose was to elaborate action plans for the three working groups implemented in the framework of PANACeA project.

The project’s kick-off meeting took place in Marseille, on March 15-16th 2017, with the participation of the 9 projects of the Community on Biodiversity Protection. This meeting helped to reinforce the links among the projects and PANACeA partners, and to draw an action plan for the Community.

Plan Bleu is also involved in 2 other projects of the Interreg Med Programme 2014-2020:

Plan Bleu is also involved in 2 other projects of the Interreg Med Programme 2014-2020:

Wetland ecosystem services values advocacy paper
Mapping and assessment of the state of wetland ecosystems: a Mediterranean perspective in 2022
Technical report : Developing legal indicators to monitor the effectiviy of application of the Barcelona Convention
Expérience tunisienne pour faire face à la Variabilité et au Changement Climatique en Zones Côtières
Application of a method for the assessment of coastal risks in the Var department within the framework of the Var Coastal Management Programme (PAC-VAR)
All the publications

Plan Bleu will be present at the One Ocean Summit 2022
Plan Bleu is leading round tables and workshops at the Forum des Mondes Méditerranéens
Plan Bleu, MISTRALS and MedECC organized Med 2020: an ambitious conference on climate and environmental issues in the Mediterranean
EU GREEN WEEK ONLINE WORKSHOP: MEDITERRANEAN POLLUTION, BIODIVERSITY AND HEALTH – 04/06/2021
Webinar: Success Stories on Sustainable Small-scale Fisheries (SSF) in the Mediterranean Marine Protected Areas (MPAs)
All the events

EU Green Week: feedback on the online event co-organised by Plan Bleu
The Mediterranean at the UN Ocean Conference
Feedback on the workshop on “Cross-border governance in the SAIS-EBSA and contiguous regions
Plan Bleu participated to the workshop “Coastal adaptation to climate change”.
Report on the MARLICE 2022 International Forum in Seville
All the news