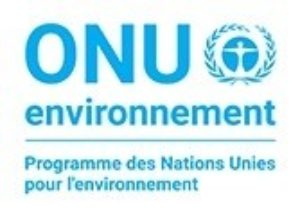 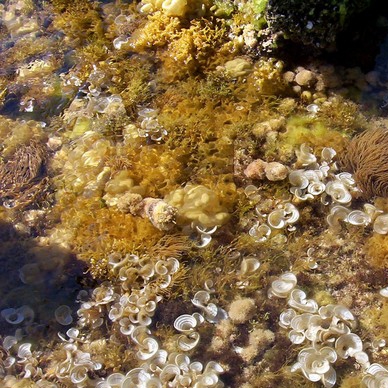 Plan Bleu and Scientific Centre of Monaco co-organized in the Oceanographic Museum of Monaco, on 18-19 October 2017, a regional workshop that aimed to determine the drivers of ecological stressors which are specific to the Mediterranean Sea and their economic impacts. 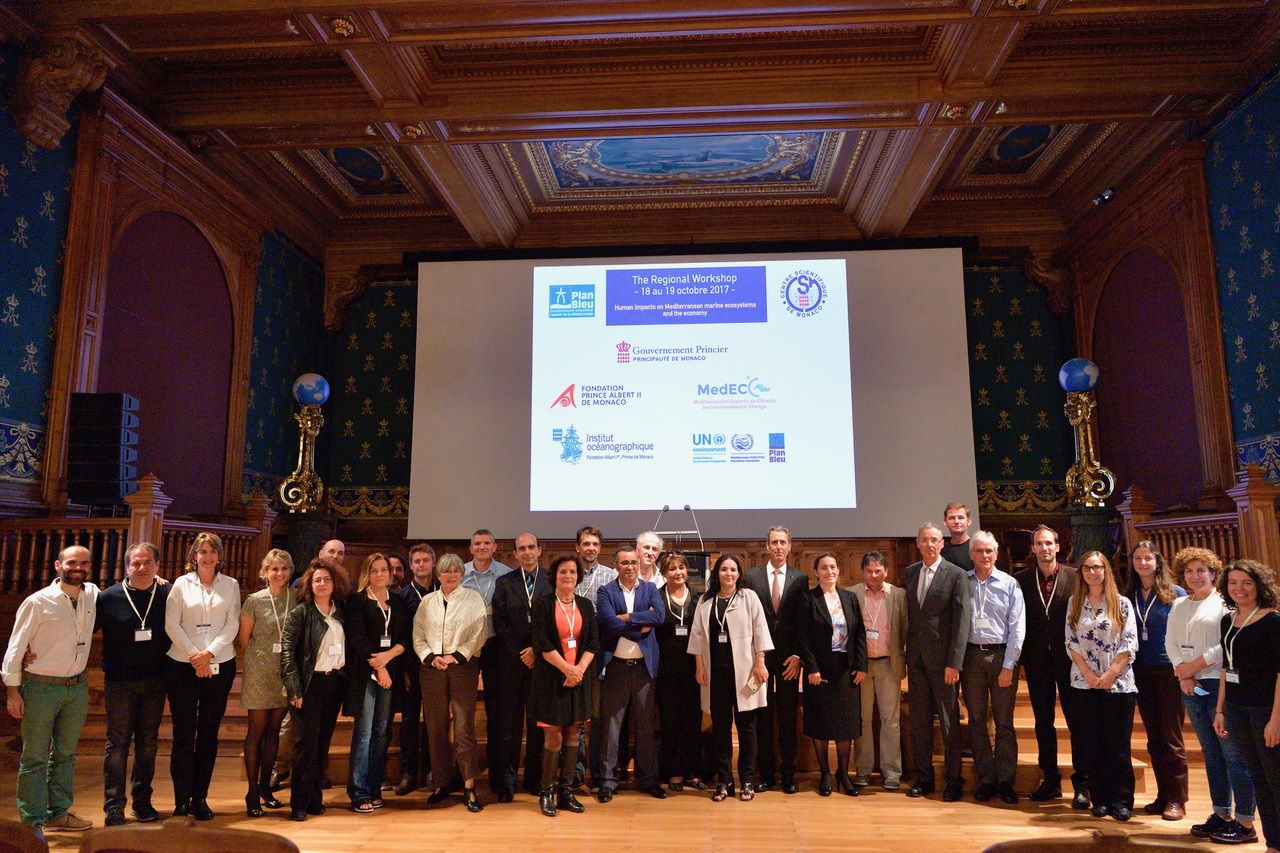 Recent anthropogenic climate change is manifest in the Mediterranean, alongside other changes in the environment such as sea and air pollution, soil degradation, biodiversity loss and associated economic losses. The shared history and the close connections between countries and regions bordering the Mediterranean call for strong cooperation with respect to adaptation to, and mitigation of ongoing environmental change.

Plan Bleu and Scientific Centre of Monaco  co-organized a regional meeting dealing with human impacts on Mediterranean marine ecosystems and the economy.  The workshop took place in the Oceanographic Museum of Monaco, on 18-19 October 2017.

This workshop was held in the frame of MedECC initiative: a network of experts on environmental changes which will provide scientific information about environmental issues

of concerns for the Mediterranean region. MedECC is also a flagship initiative of Chapter 4 of the MSSD 2016-2021 and contribute to the climate change adaptation strategy under implementation at the Mediterranean level. Nevertheless, a comprehensive assessment of recent trends, likely future development and the consequences of environmental change for natural systems, the economy and human well- being, including questions of poverty and migrations, is still lacking.

This very interactive workshop allowed experts, coming from various fields of expertise (from social and natural sciences) to discuss and exchange and so, enable MedECC to provide with concrete recommendations.

The aim of the workshop was to determine the drivers of ecological stressors which are specific to the Mediterranean Sea and their economic impacts. Taking into account existing regional frameworks (such as the MSSD, the Regional Framework for Climate Change Adaptation…), the expert’s discussions helped to define recommendations, governance actions and best practices to be implemented at local and regional levels in order to decrease the impacts and to adapt.

Press release (in French only)

The Blue Growth Community organises in Montpellier, France, on 4-5 February 2020, its First Annual Assembly event. Further to its three years of implementation, the