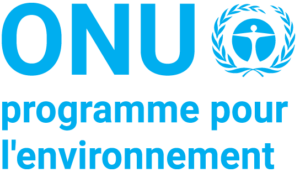 Home » Evènements » Plan Bleu, MISTRALS and MedECC organized Med 2020: an ambitious conference on climate and environmental issues in the Mediterranean

Plan Bleu, MISTRALS and MedECC organized Med 2020: an ambitious conference on climate and environmental issues in the Mediterranean

From 16 to 18 November 2020 took place MED 2020, an online conference organized by the Mistral, the MedECC and Plan Bleu which brought together more than 280 participants. Inspired by the achievements of science interfaces, this three-day conference for Mediterranean decision-makers was the opportunity to take stock of scientific knowledge and the challenges that the Mediterranean environment will face in the decades to come.

Debate on climate and environmental issues in the Mediterranean
The themes addressed during this conference include: the evolution of the Mediterranean climate in the 21st century and its impacts on the environment, extreme events (floods, heat waves, marine submersions), the management of water resources and the amplification of droughts , the problems of the link between pollution and health, the flow of contaminants from water, air and soil into living organisms, the proliferation of invasive species on land and at sea and the loss of biodiversity. The MED 2020 conference was an opportunity for the organizers to present the conclusions resulting from their respective work:

High-level political and civil society representatives were invited to participate in the opening and closing sessions as well as panel discussions around the scientific sessions. A very successful conference, with more than 280 scientists and decision-makers.

The Mediterranean, one of the regions of the world most sensitive to climate change

Research on climate and environment in the Mediterranean has made remarkable progress during the 10 years of the MISTRALSprogram. The Med2020 conference also showed that scientists today know how to make their results accessible to decision-makers in order to engage in constructive dialogue. To be continued and amplified! Cyril Moulin, Deputy Director, CNRS INSU

This was the occasion to launch MedECC’s first report“Climate and environmental change in the Mediterranean basin – Current situation and risks for the future. “Which crowns five years of synthesis work for the decision-makers of a hundred scientists. Joël Guiot, CNRS research director

If you missed MED 2020 or want to dive back into a conference, click on the link below:

In the framework of the cooperation with the Pelagos Permanent Secretariat, the Mediterranean Biodiversity Protection Community (MBPC) is organizing a half-day online technical workshop “Mediterranean

Plan Bleu will be present at the COP 27, in Sharm-el-Sheikh

From November 6 to 18th, 2022, the United Nations Climate Change Conference will take place in Sharm-el-Sheikh, Egypt. Each year, a new Conference of the